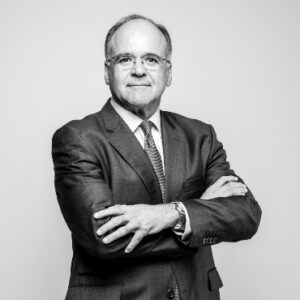 With a degree in Business Administration from the Pontificia Universidad Catolica (Chile) and an MBA from the Wharton School (University of Pennsylvania), Eduardo began his career as a consultant in the McKinsey and Co. Iberian Office in Lisboa. In 1991, he joined a start-up called Media Capital which became the leading multimedia group (TV, radio, press and outdoors) in Portugal. He was COO until the sale of the group in 2005. In 2006, Eduardo co-founded  Patris Investimentos Sgps, Sa a financial Portuguese group which owns Real Vida Seguros, a life insurance company. He served as a board member of several companies until 2017 and remains a shareholder of Patris, the holding company. In 2017, Eduardo co-founded Neurohelvetia Lda, which operates Clinica Neurovida, a neurology clinic in Lisboa.