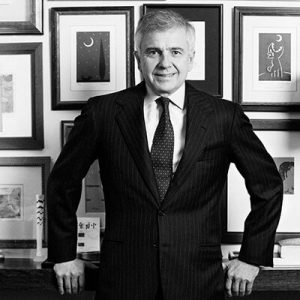 With a degree in Industrial Engineering from Barcelona University, MBA from New York University and Doctorate Honoris Causa by Handong Global Univeristy, Korea. He began his professional career as an Account Manager at International Flavours & Fragances. From 1985 to 1989, he was a Senior Associate at The First Boston Corporation. Prior to the creation of GBS Finanzas, he was Vice President of S.G. Warburg España.

Currently, he is Vice President of the Real Automóvil Club de Cataluña.