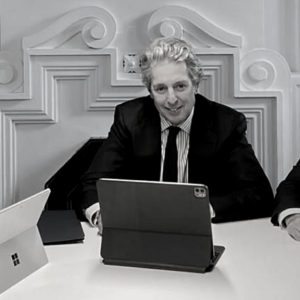 With a doctorate in Industrial Engineering from the University of Madrid and an MBA from the Wharton School of Finance, University of Pennsylvannia, he began his professional career in 1979 as a financial analyst at JP Morgan, specializing in mergers and acquisitions in the United States and Latin America. From 1982 to 1989, he held the position of Managing Director at The First Boston Corporation (New York) and was responsible for the bank’s activity in Southern Europe and Latin America. Prior to the creation of GBS Finance, Pedro Gómez de Baeza was a Board member of the S.G. Warburg & Co Bank in London, as well as a Shareholder and Managing Director of S.G. Warburg Spain.

He has been member of the Board of Directors at Petronor, Ebro Foods and Biosearch Life. Nowadays, Pedro is Chairman of LA Organic, LA Almazara by Starck and Founding Partner of Círculo Fortuny.